Jane Green is the author of twenty novels, including seventeen New York Times bestsellers. She has more than ten million books in print, is published in over 25 languages, and has several books in development for film and television. In a review of her 2019 novel, The Friends We Keep, a reviewer in Publishers Weekly says, “Green writes with a clear, unfettered voice, filling this page-turner with plot twists and hinting at the power of forgiveness.” A former journalist in the UK and a graduate of the International Culinary Center in New York, stories from her childhood in England accompany recipes in her 2016 cookbook, Good Taste. Recipes from some of her novels are also included in Good Taste. Jane has had her own show on BBC Radio London, and is a current storyteller for “The Moth Radio Hour.” She is a regular contributor on TV shows, including “Good Morning America,” “The Martha Stewart Show,” and “The Today Show.” Jane has been featured in People, Newsweek, USA Today, Glamour, The Sunday Times, and Cosmopolitan. She lives in Westport, Connecticut, with her husband, their blended family, and a small menagerie of animals. Jane’s books can be found in the Sanibel Public Library Collection, on Overdrive, or purchased through her Official Website. 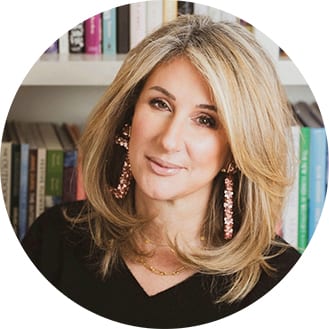 Tasha Alexander is the author of the New York Times bestselling Lady Emily mystery series (Tears of Pearl, Dangerous to Know, and A Crimson Warning). In her 2019 Uneasy Lies the Crown, Lady Emily and her husband Colin must stop a serial killer whose sights may be set on King Edward VII. Of Uneasy, a Kirkus reviewer said, “Alexander, who’s adept at mixing historical facts with mysteries, includes chapters featuring a tale from 1415 that’s easily as interesting as the…mystery that finally brings past and present together.” A reviewer in Publisher’s Weekly said Tasha’s historical fiction is “Engrossing…English history lovers will be enthralled.” Booklist calls her work, “Consistently witty, smart, and entertaining.” Tasha’s In the Shadow of Vesuvius is due out in January 2020. In this 14th installment in the Victorian series, Lady Emily uncovers a mystery in the ancient city of Pompeii. The daughter of two philosophy professors, Tasha said her early life was spent in a household “surrounded by books, high intellectual standards, and rigorous thinking.” She has written a series of Victorian suspense novels that critics have praised as a “window into a world of long ago.” Tasha studied English Literature and Medieval History at the University of Notre Dame. She and her husband, novelist Andrew Grant, live on a ranch in southeastern Wyoming. Tasha’s books can be found in the Sanibel Public Library Collection, on Overdrive, or purchased through her Official Website.

David Baldacci has been writing since childhood, when his mother gave him a lined notebook in which to write down his stories. Much later, when David thanked her for being the spark that ignited his writing career, she revealed that she’d given him the notebook to keep him quiet, because “every mom needs a break now and then.” He published his first novel, Absolute Power, in 1996. The feature film adaptation followed, with Clint Eastwood as its director and star. In total, David has published 38 novels for adults; all have been national and international bestsellers, and several have been adapted for film and television. His novels are published in over 45 languages and in more than 80 countries, with over 130 million worldwide sales. David has also published seven novels for younger readers. A lifelong Virginian, David received his Bachelor’s degree from Virginia Commonwealth University and his law degree from the University of Virginia School of Law, after which he practiced law in Washington, D.C. In addition to being a prolific writer, David is a devoted philanthropist, and his greatest efforts are dedicated to his family’s Wish You Well Foundation. The Foundation supports family and adult literacy in the U.S. by fostering and promoting the development and expansion of literacy and educational programs. David and his family live in Virginia. David’s books can be found in the Sanibel Public Library Collection, on Overdrive, or purchased through his Official Website. 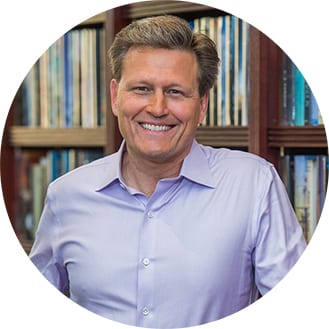 The Sanibel Public Library’s ticketing procedure ensures as many as possible have the opportunity to meet the authors and attend an Author Series event. Requests for Author Series tickets may be made beginning on the dates listed. Names of those requesting tickets will be placed in a lottery and selected at random, and then be notified by email. Tickets are available at no charge to Sanibel Public Library cardholders; one card per person; two tickets per card. Library patrons may receive a maximum of two tickets per person. Tickets must be requested online at www.sanlib.org. If you are unable to access the online form or if you would like assistance using the online form, the Library will have personnel and a computer set aside for your use. Online requests begin at 9 a.m. on the dates listed, and continue for 24 hours. Requests made before or after that time will not be honored. Make sure you have a current library card before you request tickets. Author Series events will be held at Sanibel Public Library’s newly “Reimagined” space. Library cards are available to Sanibel and Lee County residents at no charge. Visitor cards may be obtained for a $10 fee, and a visitor card is valid for one year.  Call the Sanibel Public Library at (239) 472-2483 for more information.

Major funding for the Author Series is provided by the Sanibel Public Library Foundation, Inc. and its generous donors. For more information about the Foundation or to make a donation, call 472-2483 or visit the online donation portal