Duane E. Shaffer of Sanibel Public Library will be presenting Online History Programs in 2023. The presentations will be provided via Zoom.

No registration is required, links to the zoom sessions will be provided at sanlib.org

On the morning of January 1, 1945, the German Luftwaffe launched a massive low-level airstrike on Allied airfields throughout France, Belgium, and Holland. More than 900 German planes took to the skies. Fewer than 600 would return.

In the later half of 1944 ,the destruction of most of the Japanese fleet and its air arm left them vulnerable to attack by the Allies. In desperation the Japanese navy proposed the use of “Special Attack” squadrons otherwise known as Kamikaze or “Divine Wind.” These formations became the scourge of the Allied navies.

WWII 1945 – Battle at the Cathedral: Armor in the Battle for Cologne
10 AM  Friday, March 17 ONLINE SESSION CLICK HERE

When US troops entered Cologne, Germany on March 6, 1945, one of the only buildings left standing was the Cologne Cathedral. When American tanks faced off with German tanks, US cameramen had cameras rolling. The Cologne cathedral became the backdrop for one of the most famous tank battles between American and German forces.

Thanks to a series of victories in 1944 and 1945 the Allied forces in the south and central Pacific were pushing the Japanese back to their home islands. The dark days following the attack on Pearl Harbor were all but forgotten now that the end of the war was in sight. The question was where would the last battle be fought? That place would be the island of Okinawa where Japanese defenders were willing to fight to the death. 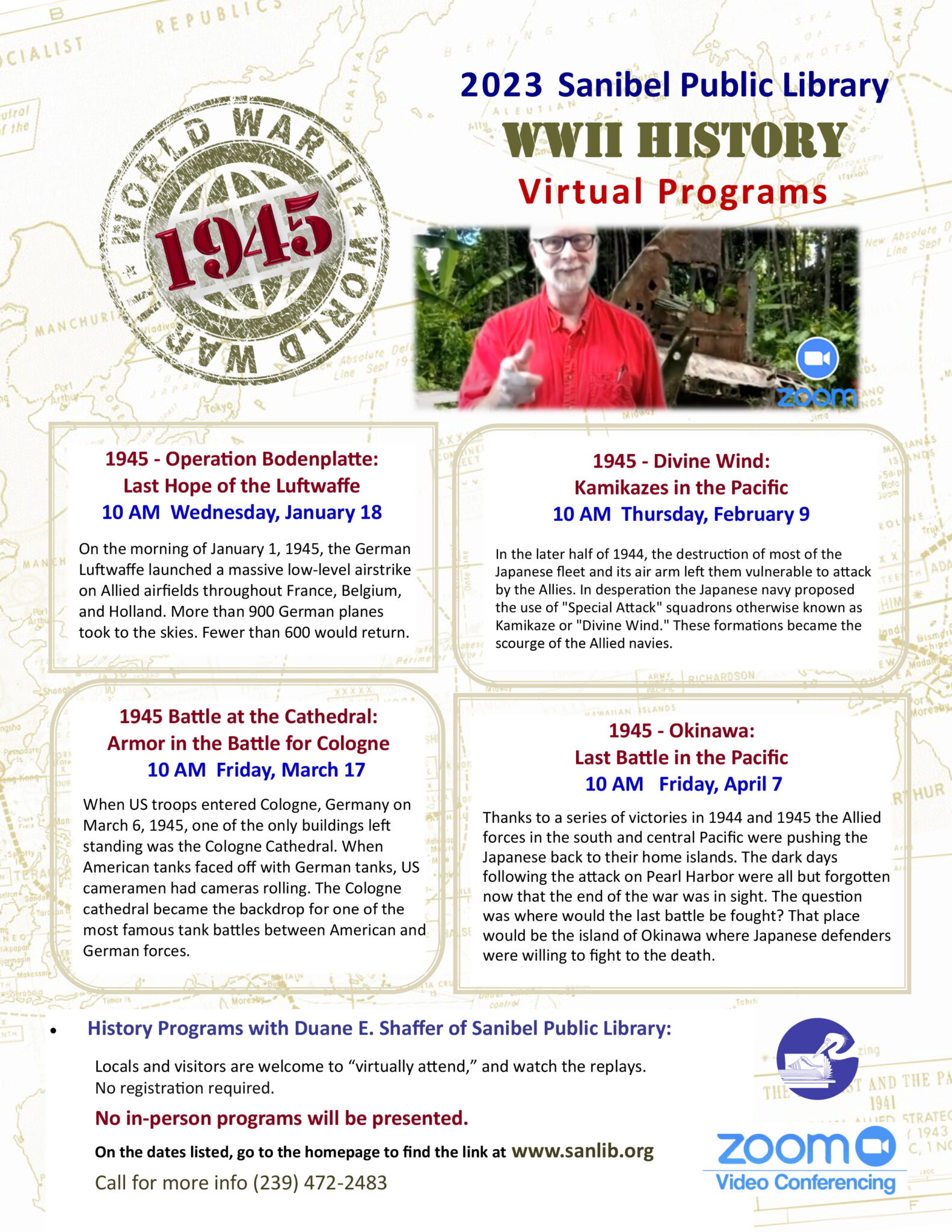