With support from the Sanibel Public Library Foundation, the SPL has launched a series of virtual author talks; a range of talks from bestselling authors and thought leaders.

Register for online author talks this fall! Each webinar will include the opportunity for you to ask questions.

We invite you to join us for a talk with Dr. Aziz Gazipura, one of the world’s leading experts on social confidence as he discusses how to stop being too nice and worrying about what others might think.

Are you too nice? Do you find it hard to be assertive and ask for what you want? Did you know millions of people struggle with being “too nice”? Being nice can make it hard to speak up, say “no,” or do something that might upset someone. This talk will teach participants that the opposite of nice is not mean but rather real. You’ll learn how to say “no” when you want and need to, confidently ask for what you want and eliminate feelings of guilt, anxiety, and worry about what others will think.

About the Author: Dr. Aziz Gazipura is a clinical psychologist and one of the world’s leading experts on social confidence and is the founder of the Center For Social Confidence. He also has a popular podcast, “Shrink For The Shy Guy.” Dr. Aziz Gazipura is the author of three best-selling books, including Not Nice: Stop People-Pleasing, Staying Silent, & Feeling Guilty…And Start Speaking Up, Saying No, Asking Boldly, And Unapologetically Being Yourself.

To borrow his book in print: Sanibel Public Library catalog

Where The Children Take Us

Join us in conversation with popular CNN Anchor, Zain E. Asher, as she discusses her moving and inspiring memoir Where the Children Take Us.

In Where the Children Take Us, Zain E. Asher, tells the story of her mother’s harrowing fight to raise four children as a widowed immigrant in South London. Drawing on tough-love parenting strategies, Obiajulu Ejiofor teaches her sons and daughters to overcome the daily pressures of poverty, crime and prejudice–and much more. With her relentless support, the children exceed all expectations–becoming a CNN anchor, an Oscar-nominated actor–Asher’s older brother Chiwetel Ejiofor (12 Years a Slave)–a medical doctor, and a thriving entrepreneur.

When grief threatens to engulf her fractured family after a fatal accident, Obiajulu, suddenly a single mother in a foreign land, refuses to accept defeat. As her children veer down the wrong path, she instills a family book club with Western literary classics, testing their resolve and challenging their deeper understanding. Desperate for inspiration, she plasters newspaper clippings of Black success stories on the walls and hunts for overachieving neighbors to serve as role models, all while running Shakespeare theatre lines with her son and finishing homework into the early morning with Zain. When distractions persist, she literally cuts the TV cord and installs a residential pay phone. The story of a woman who survived genocide, famine, poverty, and crushing grief to rise from war torn Africa to the streets of South London and eventually the drawing rooms of Buckingham Palace, Where the Children Take Us is an unforgettable portrait of strength, tenacity, love, and perseverance embodied in one towering woman.

About the Author: Born and raised in London, Zain Asher graduated from Oxford University where she studied French and Spanish and graduated with a distinction in oral Spanish. In 2006, she earned an Master of Science from Columbia University’s School of Journalism. She anchors the new CNN global news program, “One World with Zain Asher,” and also hosts “Marketplace Africa,” CNN International’s weekly business show about the continent and its place within global markets.

To borrow Where The Children Take Us in print: Sanibel Public Library catalog

The Diamond Eye, The Rose Code, The Alice Network

Join us for a captivating conversation with historical fiction writer Kate Quinn as she discusses her newest release, The Diamond Eye, and her other works. Quinn is the author of several New York Times bestsellers, including The Alice Network, The Huntress, and The Rose Code.

Quinn’s latest book, The Diamond Eye, offers an unforgettable WWII tale of a quiet bookworm who becomes history’s deadliest female sniper. In 1937 in the snowbound city of Kiev (now known as Kyiv), wry and bookish history student Mila Pavlichenko organizes her life around her library job and her young son – but Hitler’s invasion of Ukraine and Russia sends her on a different path. Given a rifle and sent to join the fight, Mila becomes a deadly sniper – a lethal hunter of Nazis known as Lady Death. When news of her 300th kill makes her a national heroine, Mila finds herself torn from the bloody battlefields of the eastern front and sent to America on a goodwill tour.

Still reeling from war wounds and devastated by loss, Mila finds herself isolated and lonely in the glittering world of Washington, DC – until an unexpected friendship with First Lady Eleanor Roosevelt and an even more unexpected connection with a silent fellow sniper offer the possibility of happiness. But when an old enemy from Mila’s past joins forces with a deadly new foe lurking in the shadows, Lady Death finds herself battling her own demons, and enemy bullets, in the deadliest duel of her life.

Based on a true story, The Diamond Eye is a haunting novel of heroism born of desperation, of a woman who became a soldier and changed the course of history forever.

About the Author: Kate Quinn is a New York Times bestselling author of historical fiction. She is a native of Southern California, and she attended Boston University, where she earned bachelor’s and master’s degrees in classical voice. A lifelong history buff, she has written four novels in the Empress of Rome Saga and two books set in the Italian Renaissance before turning to the 20th century with The Alice Network, The Huntress, and The Rose Code. She and her husband now live in Seattle with their rescue dogs.

To place a hold or to borrow Quinn’s books in print: Sanibel Public Library catalog

To place a hold or to borrow Quinn’s Libby eBooks: https://sanibel.overdrive.com 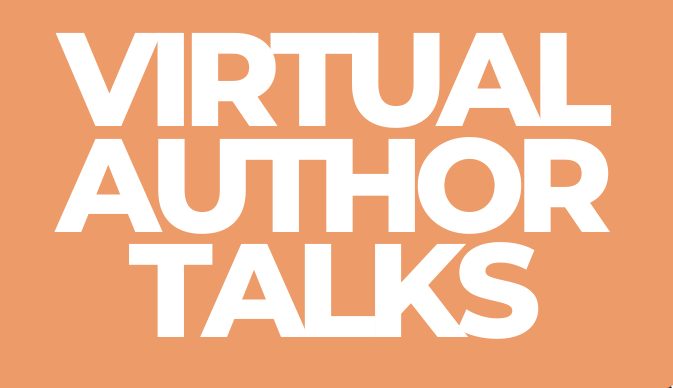 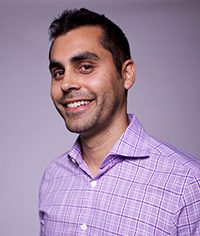 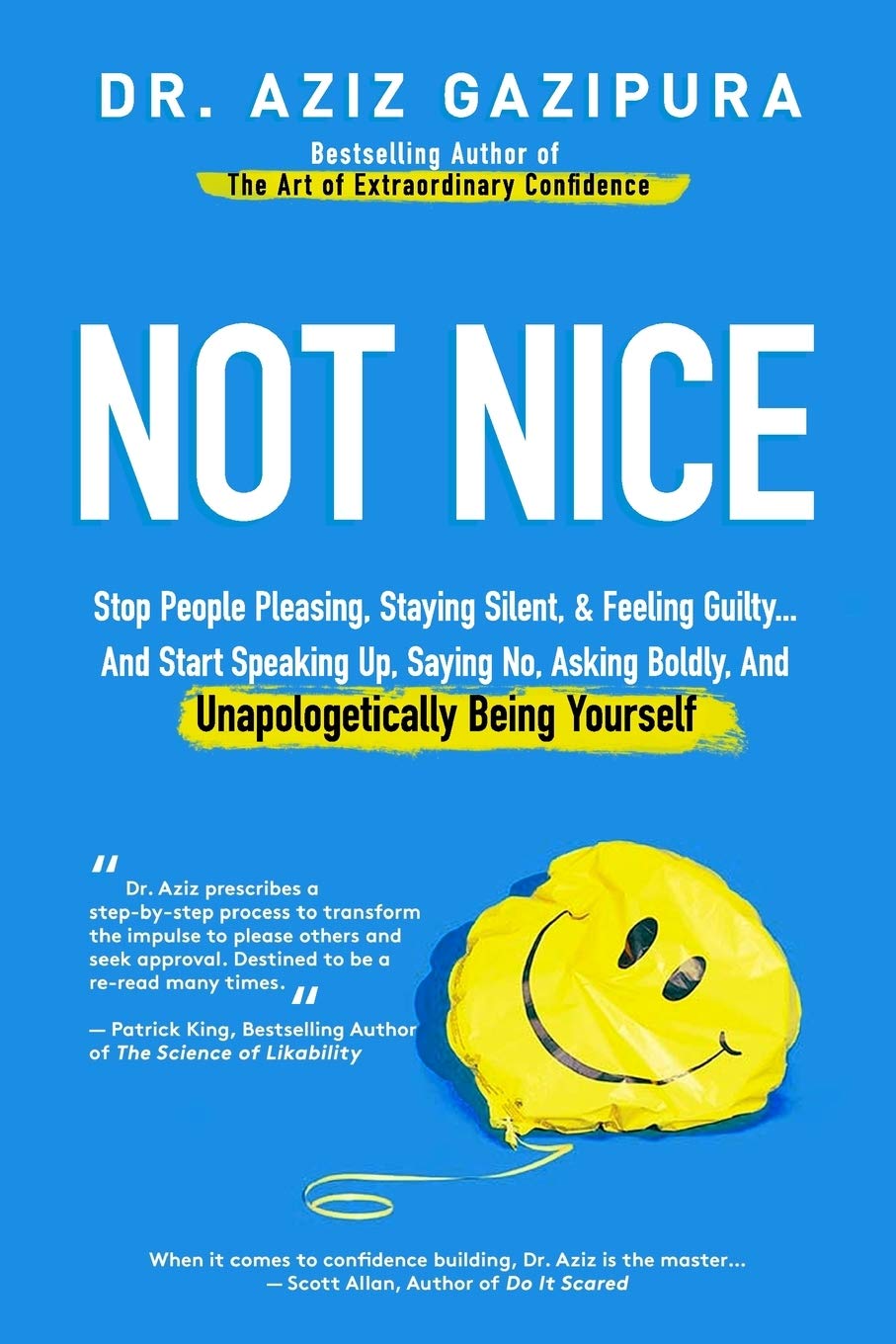 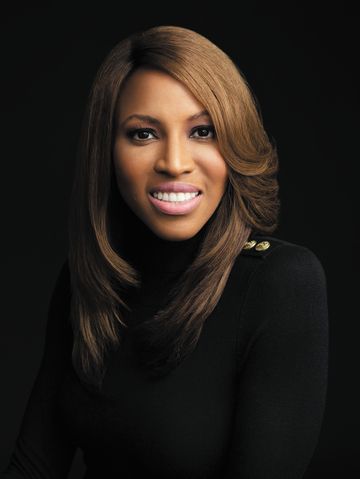 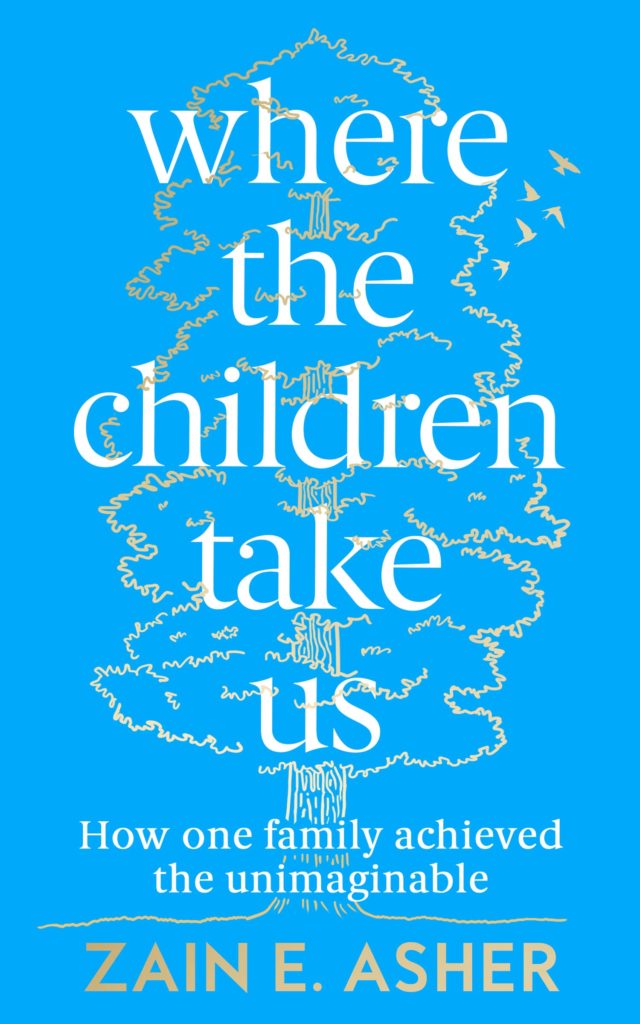 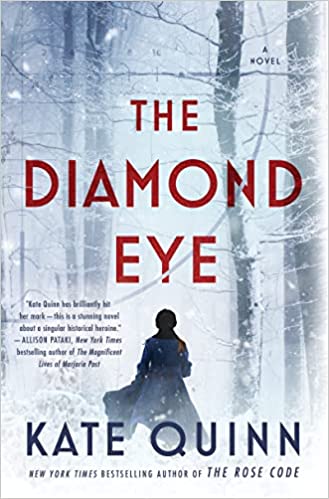 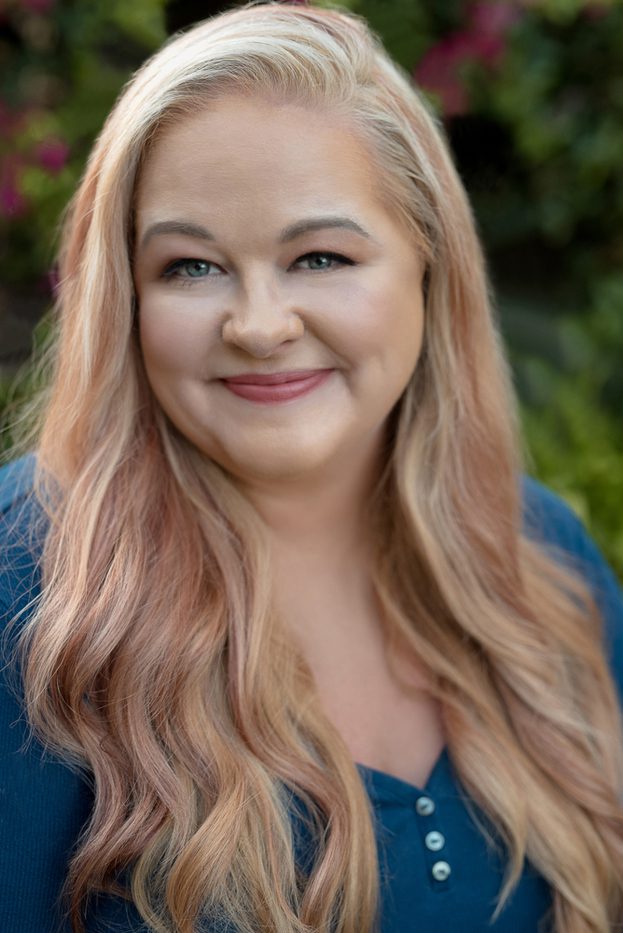 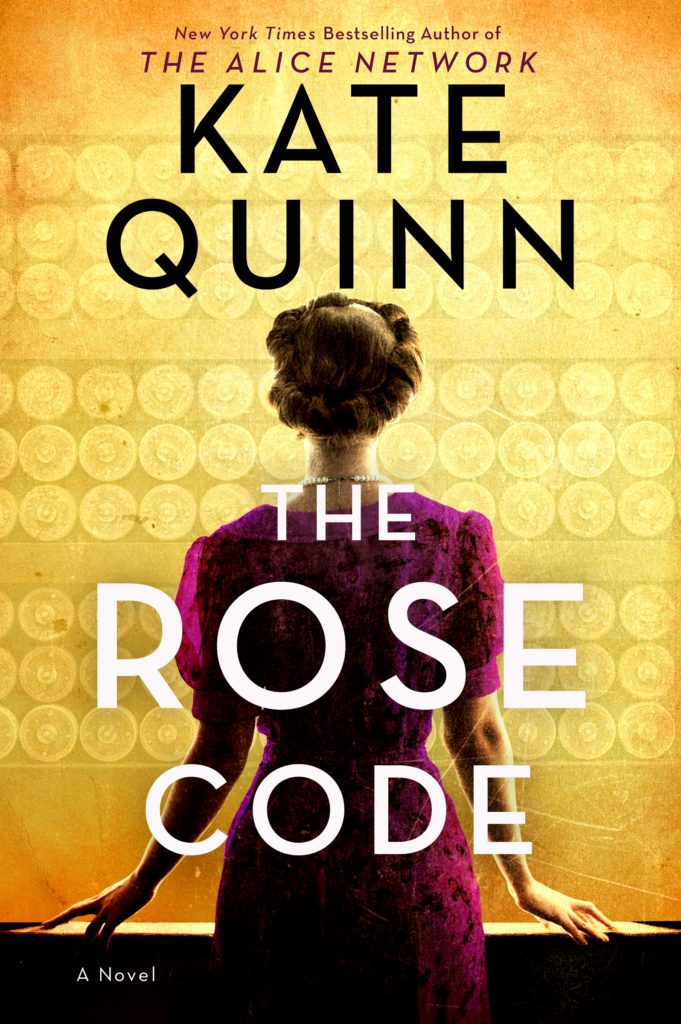 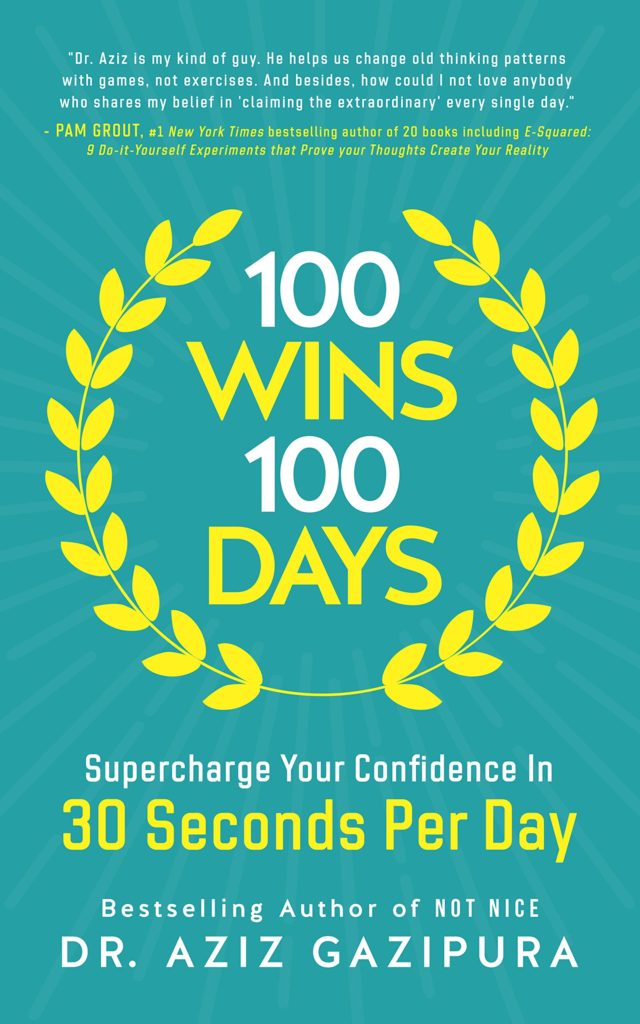 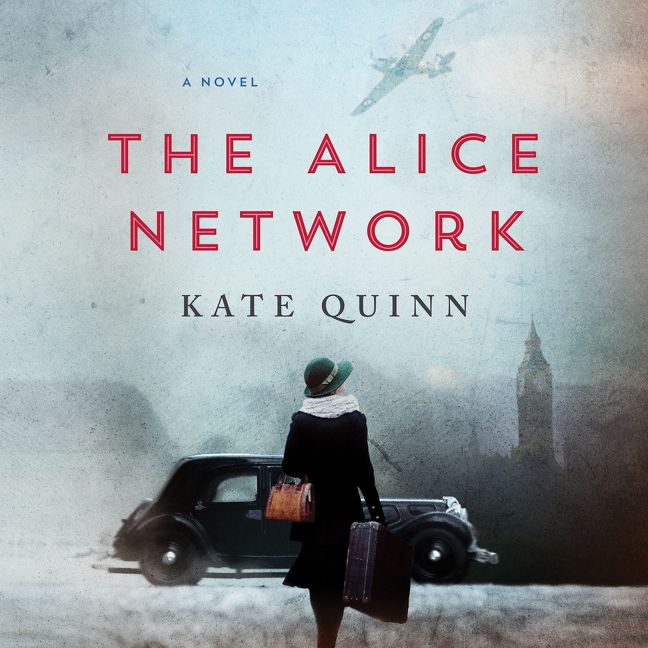