Duane E. Shaffer of Sanibel Public Library will present in-person History Programs in 2022. Locals and visitors are welcome to attend these programs at the SPL. No registration required:

The Big Week was a series of round the clock raids by the U.S. Army Air Force and RAF, mid-February 1944. The plan was to attack the German aircraft industry and lure the Luftwaffe into a decisive battle to ensure the success of the planned Allied invasion of Europe.

As part of the battle for Caen in Normandy, Operation Goodwood was a British offensive that took place in July 1944. The objective of the operation was a limited attack to the south, from the Orne bridgehead, to capture the rest of Caen and the Bourguébus Ridge beyond. At least one historian has called the operation the largest tank battle that the British Army has ever fought.

This battle eliminated the Japanese Navy’s ability to conduct large-scale carrier operations. It took place during the U.S. amphibious invasion of the Mariana Islands. This was the largest carrier vs. carrier battle in history, involving 24 aircraft carriers, deploying roughly 1,350 carrier-based aircraft.

Operation Griffin (or Greif) was a German special operation in December 1944 during the Battle of the Bulge. Its purpose was to capture one or more of the bridges over the Meuse River. German soldiers wearing Allied uniforms and using captured vehicles, were to cause confusion in the rear of the American lines.

Stop by the Library in November 2021 to see WWI memorabilia, look for the display on the East side near the glass elevator. Local Patrick Bailey has loaned items from his collection including lead soldier figures, WWI helmets, medals, and paper soldiers. Duane Shaffer of Sanibel Public Library added WWI airplane models and soldier replicas to this display. If you have a collection to share, please contact the Library. 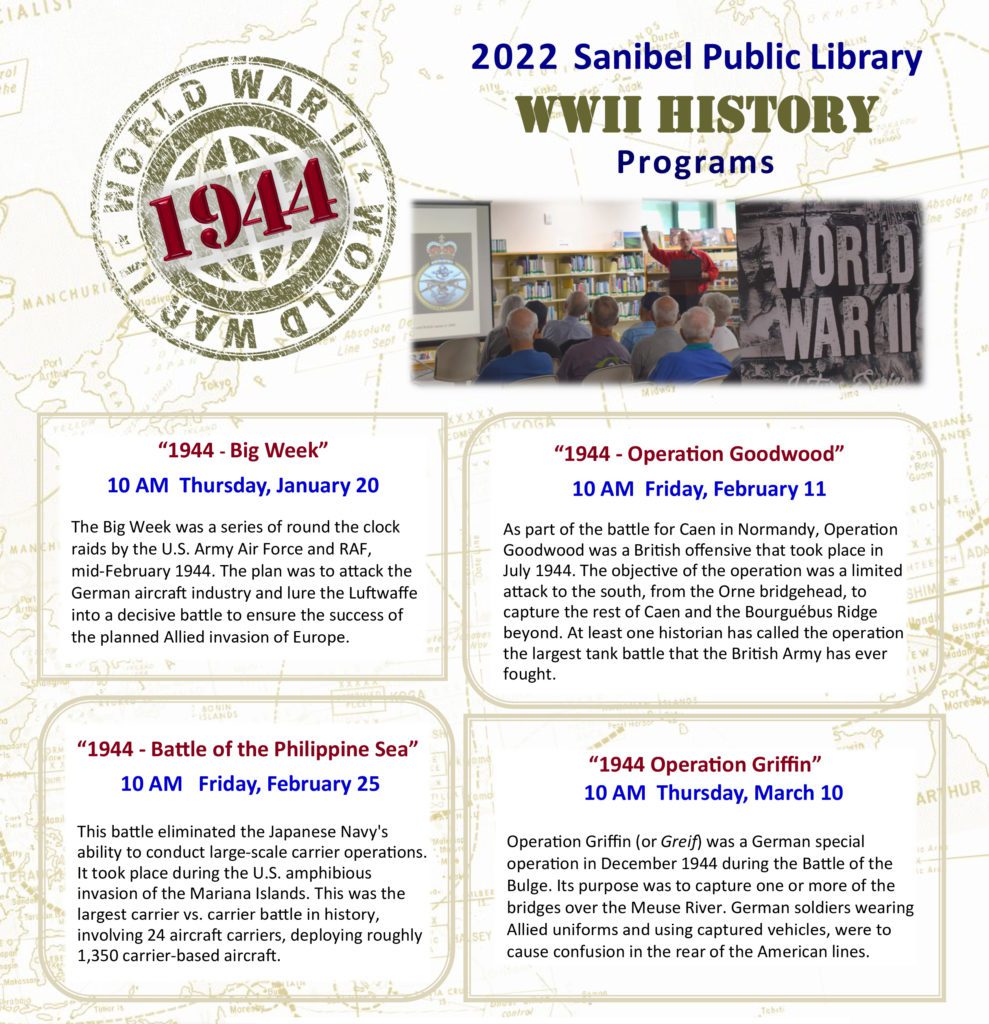