Babies to Teens: Reading for Others

More than 200 kids from age zero to 18 were enrolled in the 2017 Sanibel Public Library’s Summer Reading Program (SRP). As in years past, kids read to earn books for their home library and for children at Golisano Children’s Hospital of Southwest Florida. Young readers have earned more than 5,000 books for the Children’s Hospital since the “Reading for Others” SRP started in 2011. This year, the Sanibel Public Library Foundation will donate 1,818 books for patients at the Children’s Hospital.
Getting kids to learn while school is not in session is the cornerstone of the Sanibel Public Library’s summer reading program. Studies have shown that reading during the summer helps student maintain and improve upon what they learned during the school year.
Special guests presented a variety of fun educational experiences throughout the summer. Local cartoonist and author Doug MacGregor taught drawing in June at the Library. Storyteller Windell Campbell told tales both modern and classic together with puppets, masks and other props. “Showtime for Kids” featured hilarious comedy and jaw-dropping magic. Reptilogist John Storms amazed kids in July with his collection of live snakes, turtles, and lizards.
Young Adult author Jen Calonita was at one of the weekly Teen Nights to talk about her books, including the Fairy Tale Reform School series. A former entertainment editor at a teen magazine, Calonita started out her career chronicling backstage life at concerts with Justin Timberlake and interviewing Zac Efron on film sets.
When families signed up for the Summer Reading Program, kids received a special gift – a tool belt to coincide with the “Build A Better World” theme.
Margaret Mohundro, Executive Director of the Sanibel Library said, “We are so proud to be part of the team of volunteers and supporters who make the program possible. Each summer, young island readers enthusiastically carry on the wonderful spirit of giving that we see on Sanibel. During the past five years the children have helped to contribute thousands of books for young patients at the hospital.”
Sanibel Public Library Foundation Vice President Linda Uhler presented this summer’s donated books to Golisano Children’s Hospital of Southwest Florida on Wednesday, October 11 together with some of the young readers, and Margaret Mohundro, Deanna Evans, and Laurel Kauffold from Sanibel Public Library. Hospital Child Life Specialists Karlie Colwell and Garrett Gablehouse accepted the books to share with young patients. Library Board Commissioners Tom Krekel and Dan Moeder are a vital part of the volunteer team that helps ensure successful Library programs.

The Sanibel Public Library Foundation, along with the Joan Hunt Cory Children’s Fund, underwrites the summer reading program. The Children’s Fund was established in 2008 to honor longtime library volunteer and supporter Joan Hunt Cory, who was also a 20-year Sanibel resident. During the past 10 years the Foundation has provided more than $75,000 for Library programs, services, and technology specifically for youth. 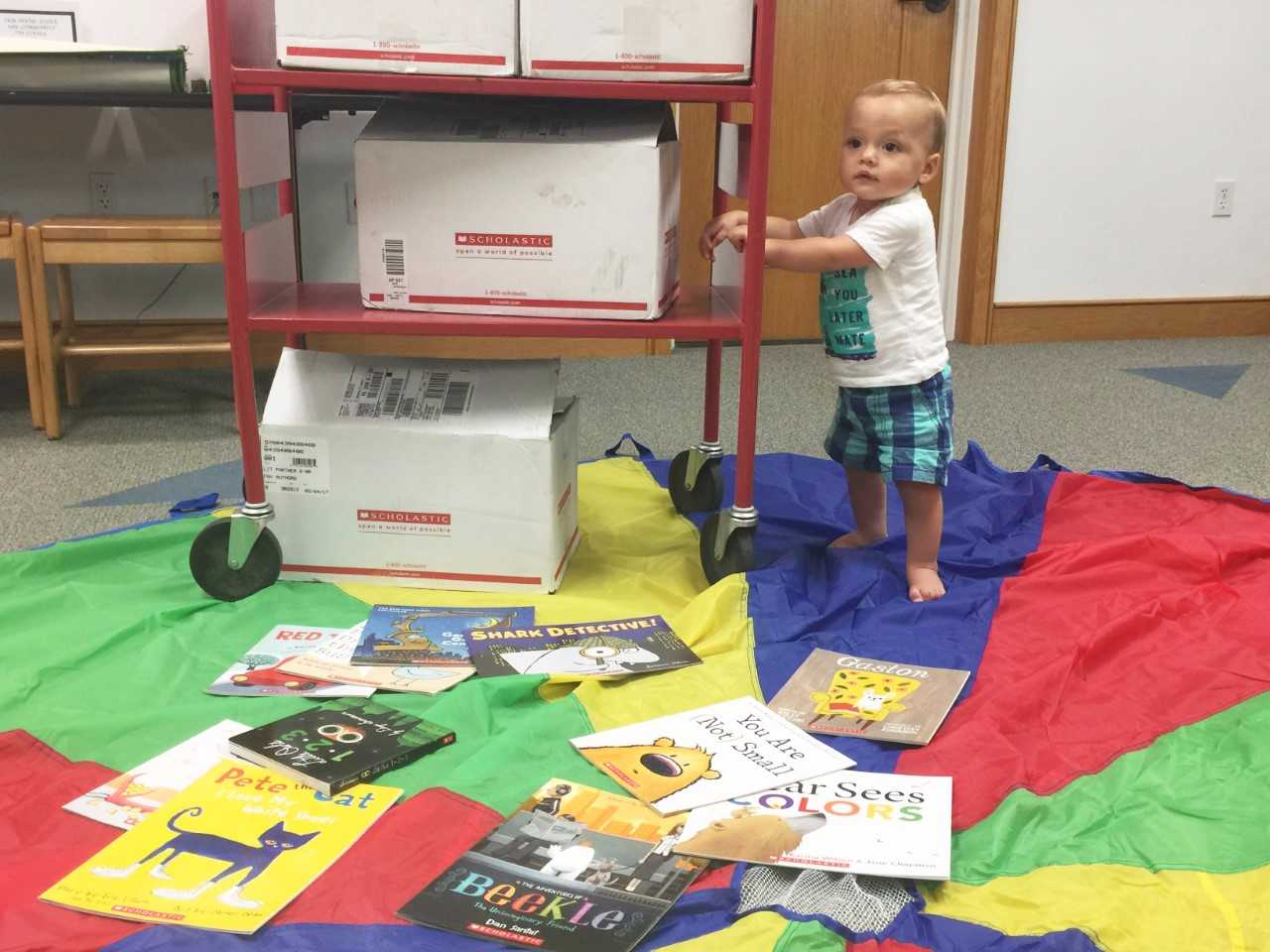 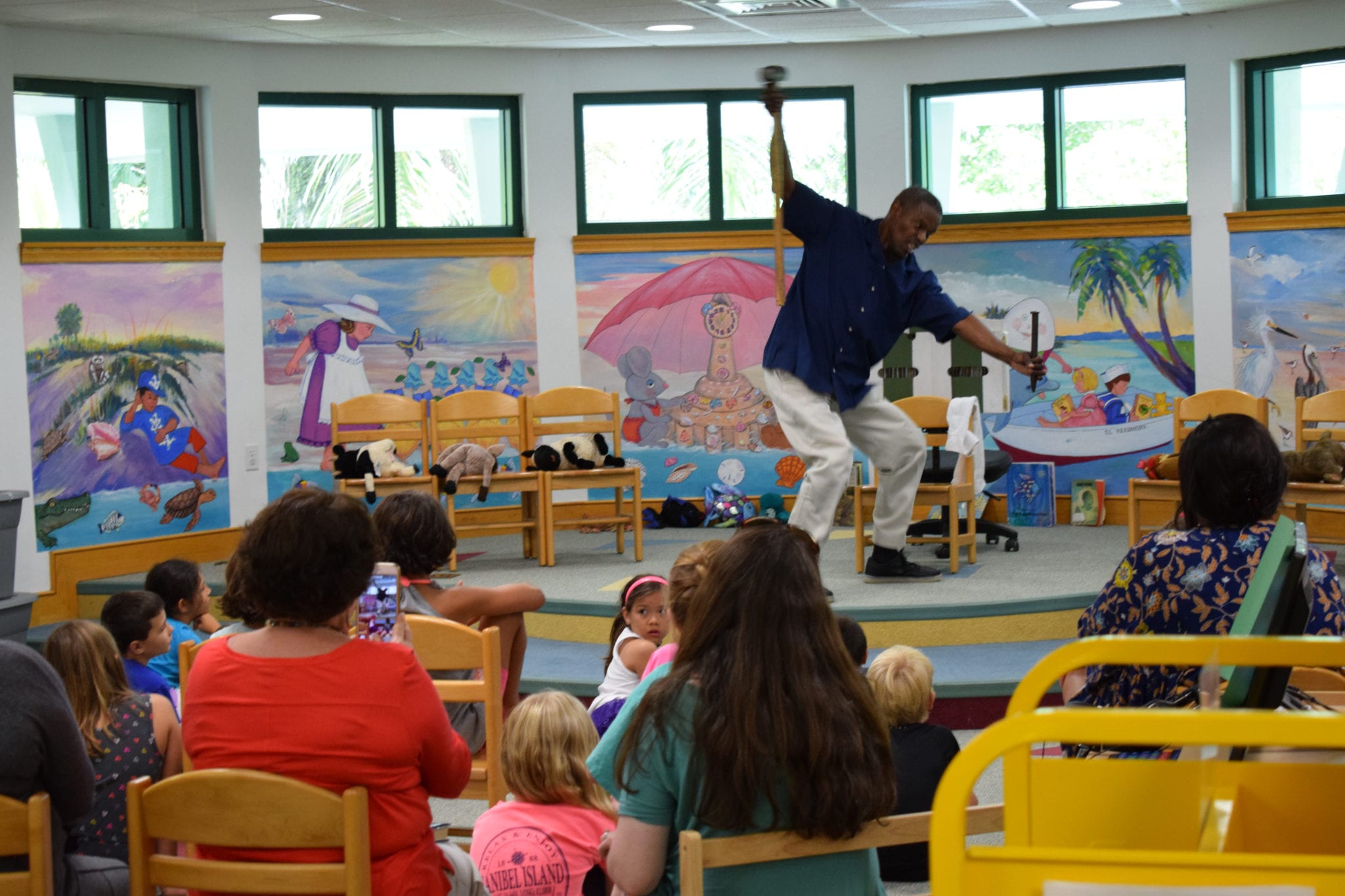 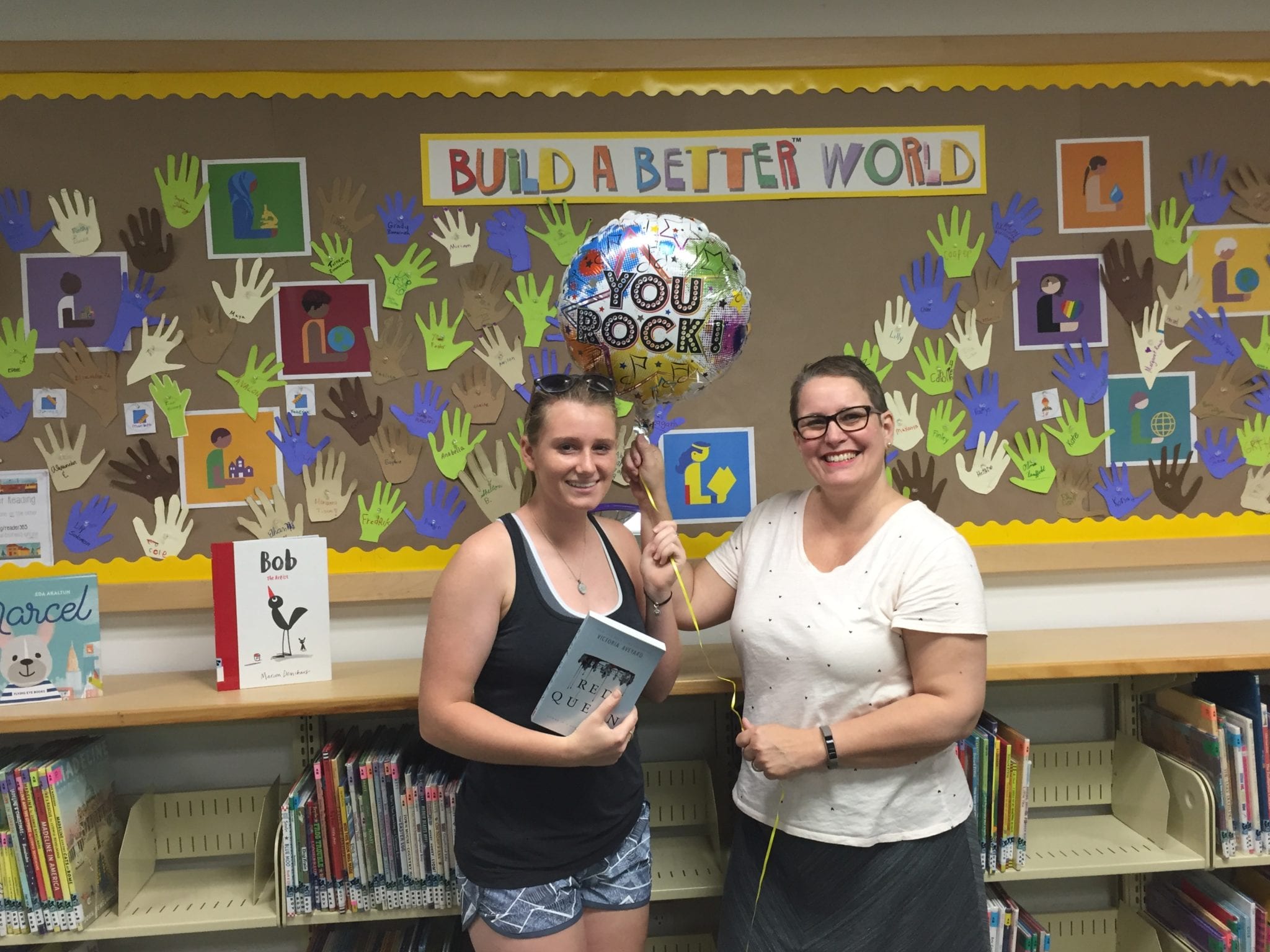 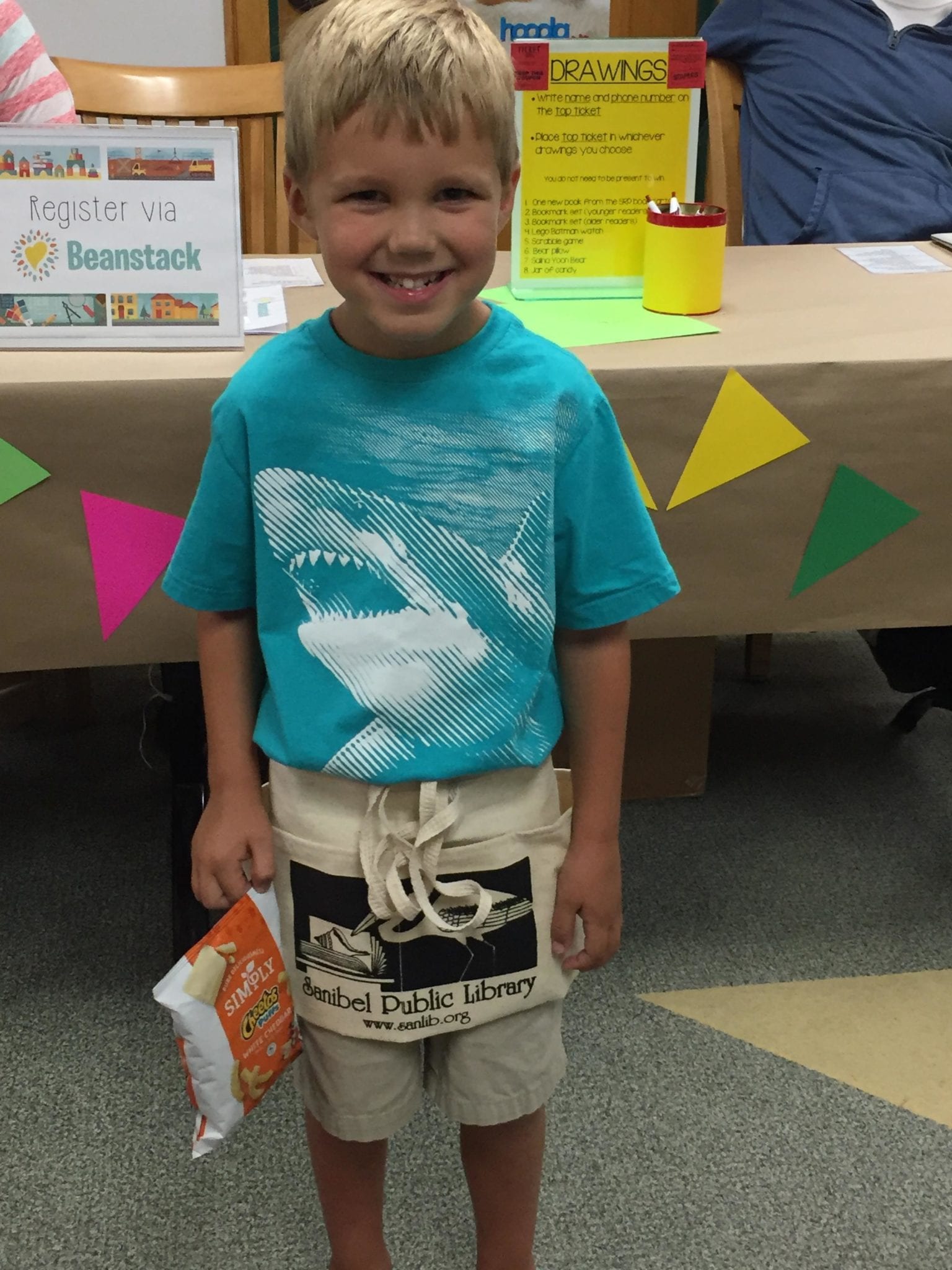 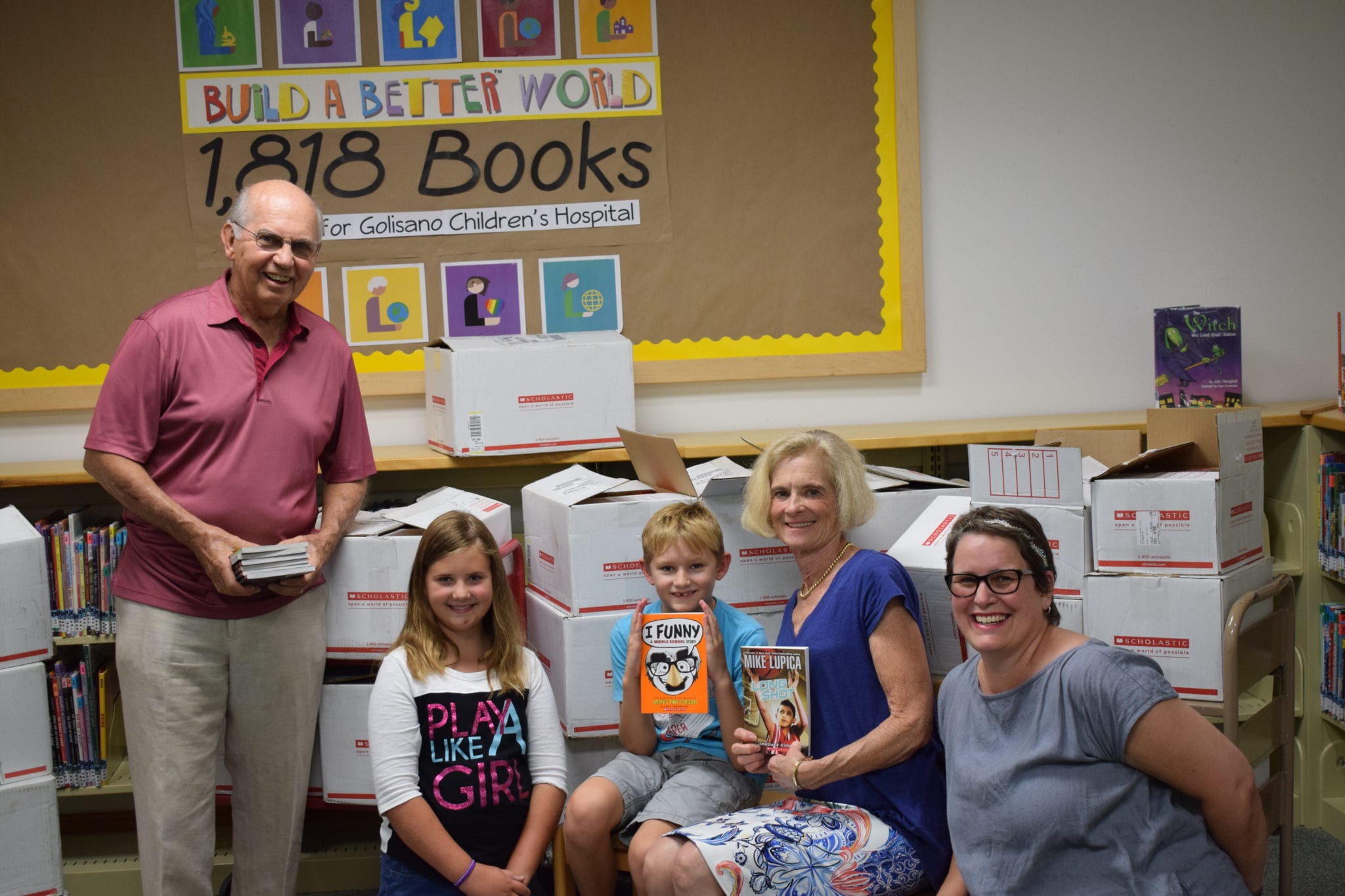 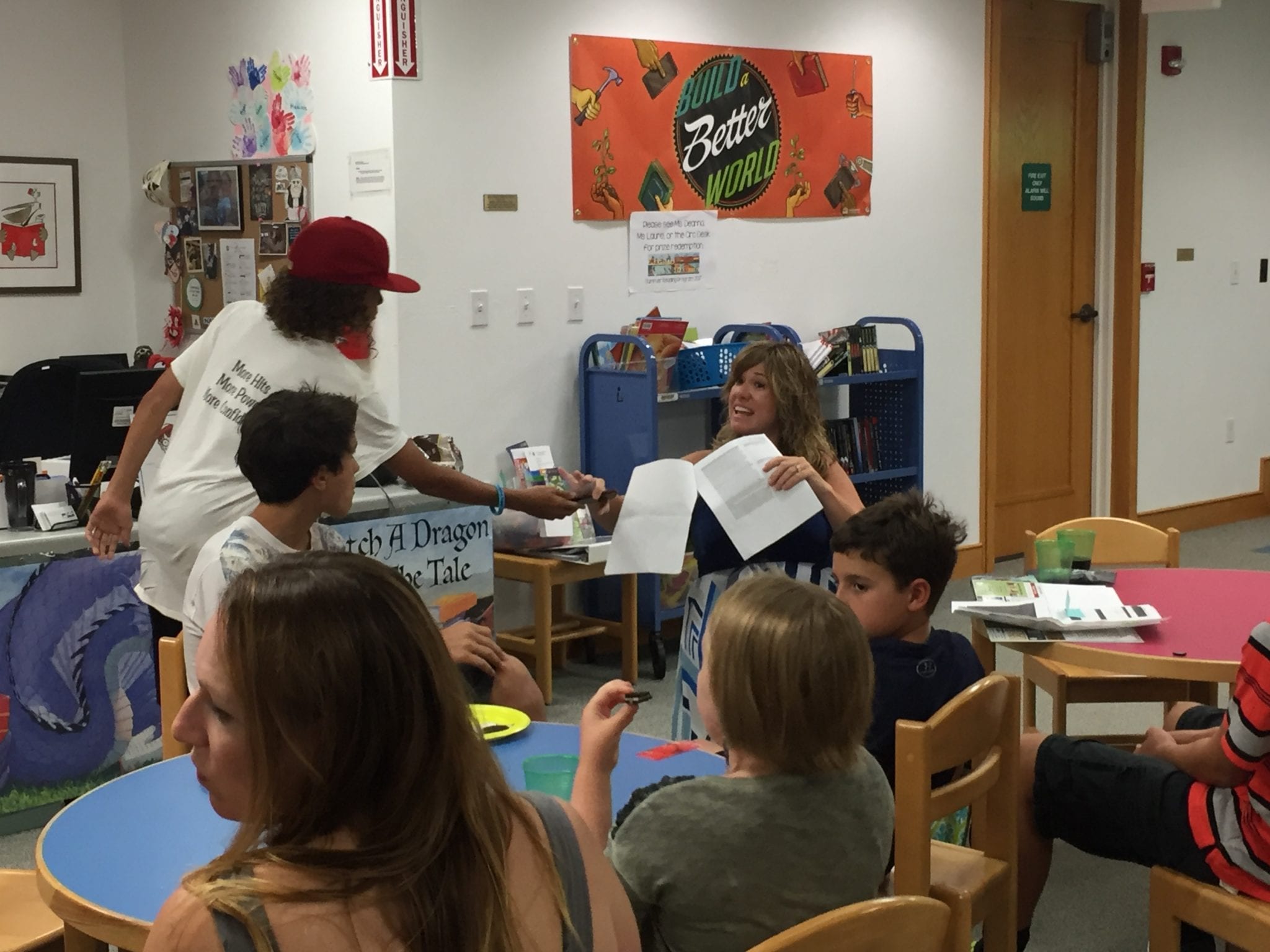 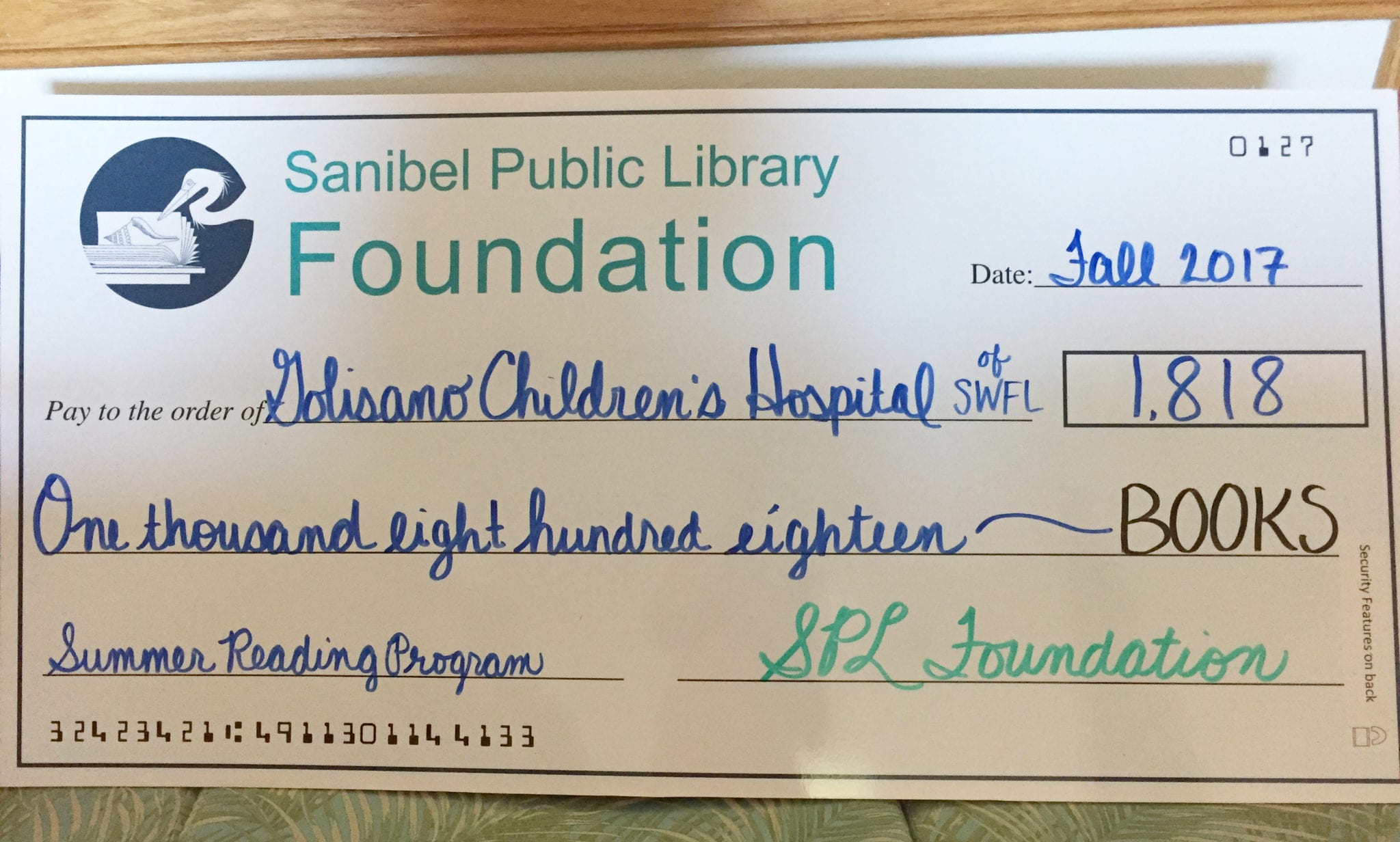